Here are some notable projects not highlighted on my resume that I built and found interesting. 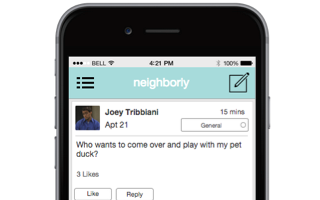 Neighborly is a mobile-first, private social network for your apartment building. As part of a UX design class at the University of Michigan School of Information I employed design thinking methods to understand the problems faced by residents of an apartment building. I designed Neighborly as a means to help apartment dwellers in cities to get to know each other. My final project deliverable was a mobile UI prototype built using Axure. 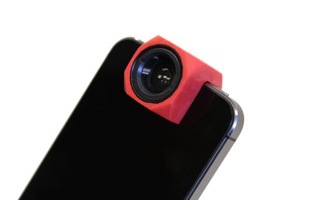 Bestie is a wide-angle selfie lens for your iPhone. I developed bestie as part of a cross-disciplinary product development course at Michigan collaborating with a team of students from the College of Engineering and the School of Art and Design. I expounded more in depth on my experience in a post on the Ross Tech Alums newsletter. 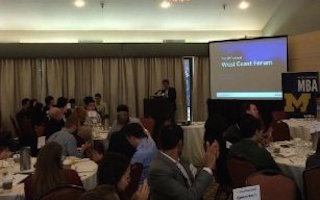 The West Coast Forum is Michigan Ross' largest career trek, bringing MBA students to the west coast to meet companies and alumni across industries including consulting, healthcare, tech, retail and CPG. In 2014, the event brought together over 130 MBA students, 20 companies and 120 alumni for two days of networking and company tours. I served as co-chair for the entire event managing a team of 17 MBAs. 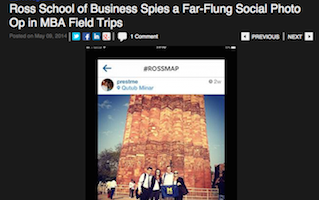 A defining element of the Ross MBA experience is the Multidisciplinary Action Projects (MAP) course. For my MAP, I traveled to India with three classmates to analyze the market opportunity for a new payments system based on the Delhi Metro Smart Card. After conducting over 120 merchant and consumer interviews and building a 10-year business plan, we presented our recommendations to executive leadership who used them to move forward with plans to launch a hybrid credit card, usable on the metro. 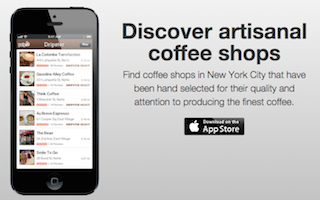 Dripster is an iOS app that helps you find artisanal coffee shops near you. I built Dripster when I was consulting in NYC and exploring the local coffee scene. The Dripster backend is a REST web service written in Java running on Google App Engine. In 2014, I stopped supporting Dripster and it has since been removed from the App Store. 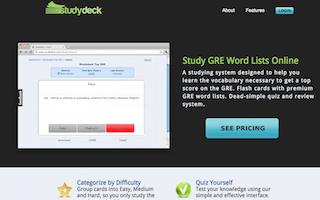 Studydeck was a web app which helps students prepare for the GRE through online flash cards. I developed and launched Studydeck with two college friends. After getting only a handful of paying customers we shut it down. The site was written using the CakePHP framework supported by jQuery on the front-end.